Syene Centre for Education released the report Vulnerability Assessment of Illicit Trade in Tobacco Products in Romania. The identified vulnerabilities are:

Concerning legislation consistency, the report mentions the loose procedure on determination of customs value of cheap withes and discrepancies between fiscal and customs code in defining criminal liability. Thus, it is not a crime to smuggle into Romania up to 2,000 packs of cigarettes (40,000 cigarettes), while at the same time, it is a crime to hold on Romanian territory 500 smuggled packs (10,000 cigarettes).

Concerning the legislative procedure of Emergency Ordinance no. 54/2010 on duty-free shops, the report mentions that it has to be approved or disapproved by Parliament, but in the last 7 years it has been blocked in the Chamber of Deputies’ committees. In February 2017, the Government informed Parliament that it does not support anymore the Emergency Ordinance no. 54/2010 and ask to be repealed. Repealing the Ordinance will encourage cigarettes smuggling through duty-free shops.

The report mentions that Romanian authorities bought 15 high-tech scanners but only one was functional in june 2017, several irregularities in the maintenance contracts being identified. The operational capacity of customs structures was reduced also at the level of personnel when National Customs Authority lost legal status after the approval of 2013 legislative amendments.

Smokers buy illicit cigarettes because of cheap price while complicity with smugglers is the only source of income for many poor families from the border areas. The report ascertained the supported received by organized crime groups from the disadvantaged border communities and the existence of social networks of low-level cigarettes distributors all over the country, involving disadvantaged individuals from poor, peripheral neighbourhoods.

Smugglers are not considered social danger and are sanctioned with suspended prison sentences or administrative fines. Therefore many of them go back in business.

The report has been developed within the project “The Illegal Trade in Tobacco Products along the Balkan route: addressing institutional gaps and corruption” funded by PMI IMPACT – a global grant initiative by Philip Morris International to support projects dedicated to fighting illicit trade and related crimes. 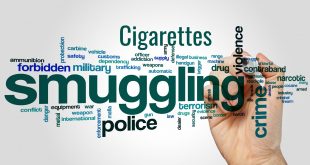 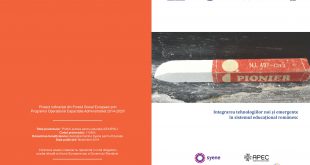 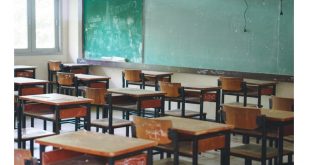